Retirement Planning – It’s Not Too Late So Take Action Now 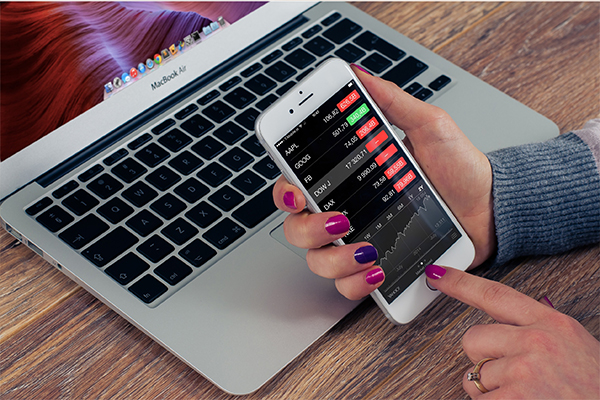 Retirement planning – it’s not too late so take action now. I frequently hear from clients and prospects that they think they will never retire because they haven’t put anything away for retirement. They may be in their forty’s, fifty’s, and in some cases, sixty’s and because they have not saved much, if anything, for retirement that it is too late to begin. This just is not true. I know this from my own personal experience. We at Joseph F. Fragnoli, CPA, Inc. in Nashville, TN and Naples, FL specialize in developing retirement plans for people who are starting late in life.

As I grow a little older, experience more in life, and witness a variety of financial conditions among hundreds, if not thousands, of people, I have learned that adjustments can be made and objectives met in a fairly short period of time. The problem that exists is that all the advertising we see on social media and television, and what we hear on the radio, always promotes start saving early and often if you want a nice quality of life at retirement. While starting early is undeniably the best course of action, it is absolutely a falsity that you can’t achieve a nice quality of life at retirement if you start late in your retirement planning.

As an empty nester myself, one thing I have discovered is how much more disposable income my wife an I have now then we did when the kids were at home. It is quite remarkable, even after assisting with college expenses and some spending money for them. In many of the retirement planning models I have viewed and lectures I have heard, rarely is the increase in disposable income for the more “mature crowd” considered in the retirement planning process. Most of the people that I have worked with in the age range from late forties to their mid to late fifties, have earnings that are still near their peak and their home costs have dropped considerably thus enabling them to put away considerable money toward retirement investments and building a retirement nest egg. Yet, in almost all situations where the client has not started saving for retirement and they have reached an age of near fifty, the client thinks that they will never be able to retire and/ or will be dependent on their children. I have to explain to them that this is just not true.

When we start late in saving for retirement, we may have to adjust our goals and objectives and make a few sacrifices currently; however, we can set ourselves up for a nice retirement that will enable us to live a pretty good life in our golden years. First, we direct them to focus on clearing all debt except their home. I mean zero debt. It may take five or more years, but we suggest they focus on getting it all paid off. If they don’t have much, then BOOM, they have a nice head start. Then we suggest that they begin to add to their mortgage payment to bring the principal obligation down as fast as they can, of course this is after putting away into a SEP IRA, an IRA, or other retirement vehicle, the maximum dollar amount allowed. In many cases, when the individuals have maxed out the funding of their IRA or other retirement vehicle, we recommend setting up a non-qualified investment account (a general personal investment account) and begin putting money into that as well. The key is that the client must establish, implement, and focus on the debt elimination plan and investment funding which may require some cut-backs such as eating out a little less, spending less on clothing and skipping that vacation once in a while.

Now, the question that I ask all prospective planning clients who are late to the party is “now much money do you think you need per month, net of income tax, to live comfortably”?  Usually, they don’t have a real answer. So, I ask “could you live on $5000 per month after income taxes if you were debt free” ? Almost always the answer is yes. Then I do the math with them. Let’s take my example. I will get the maximum Social Security at age 66 1/2. That is approximately $3,000 per month. My wife, when she attains that age 2 years later, will get the higher of 1/2 of my rate or her rate (as she has contributed to the system). So for this purpose, we will use 1/2 of my rate or $1,500.  Now, let’s take out $1000 for medicare supplement plans, property taxes and other fixed costs. That leaves us with $3,500. If I have $275,000 in retirement savings, (I plan on having a lot more than that, but for this example example we will run with that) and I factor an annual return of 4.5% we will be able to draw $1545.48 for 25 years. Under current law, our taxes would be zero and our net disposable income will be more than $5,000 per month. If we can’t get our home paid off by retirement, then by paying extra every month, hopefully the balance will be low enough that we can refinance and get the payment down to a fairly small amount. Now, wouldn’t you say that this is an achievable plan for you.